A Perfect Catch
by Anna Sugden 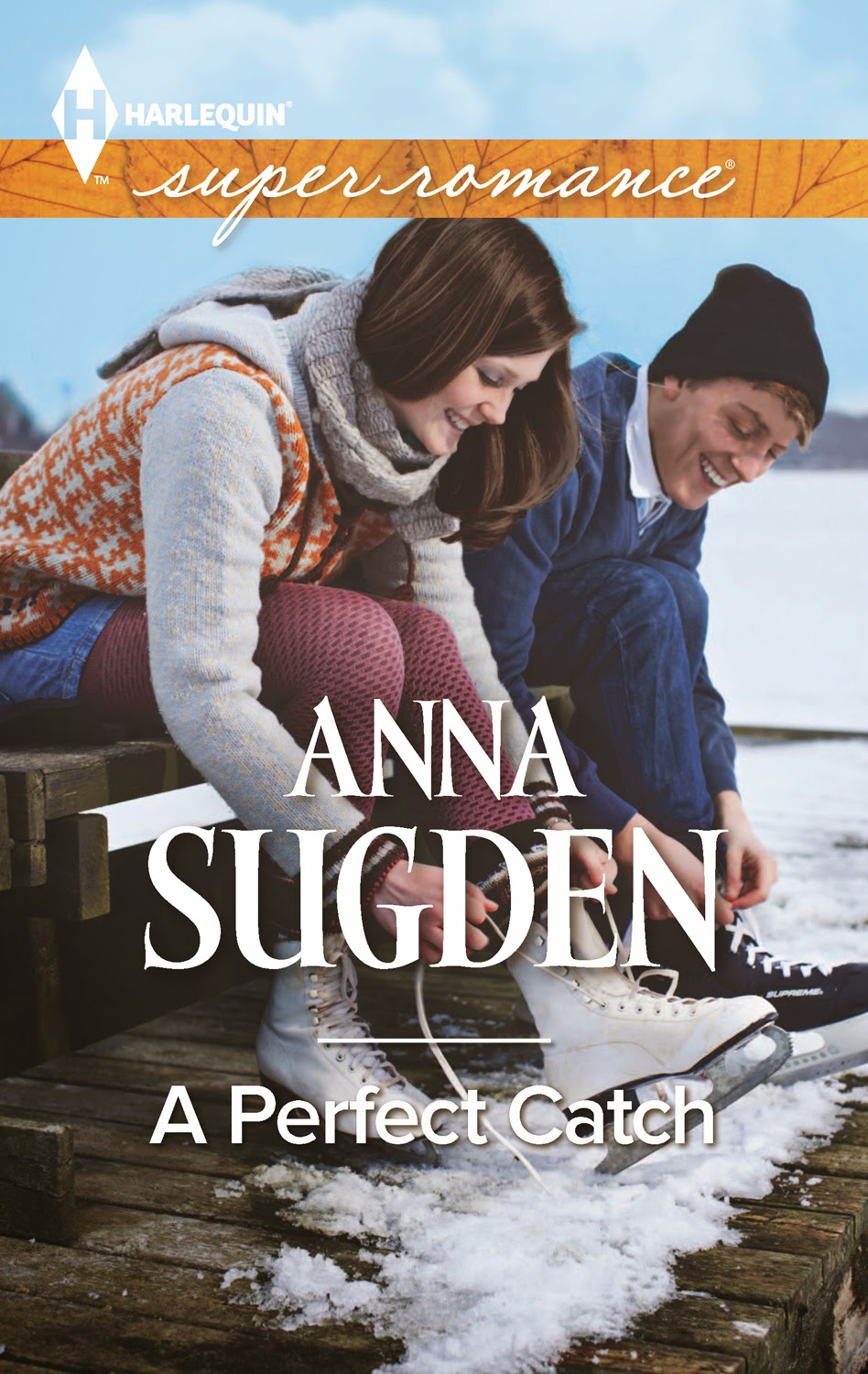 When it comes to romance, Tracy Hayden is not looking for a rematch. She's had epic passion—and problems!—with professional hockey player Ike Jelinek. Brilliant on skates and magic in bed, his too-traditional-for-her views were like a bucket of ice water on their affair.

Then an injury takes Ike out of the game, and everything changes. Suddenly he needs her services-providing business—even though he once claimed it was their biggest problem. Tracy's determined to be professional, despite the sizzling attraction between them that won't go away. Maybe they need a second fling to fix that!

“Why does it take so long to have a baby?”

At her niece’s question, Tracy Hayden looked up from the stack of invoices she was logging into her business’s accounting system.

She smiled at Emily, who was playing a game on the other home-office computer. “They don’t have bar codes on their bums, so you can’t just pick them up at a grocery store.”

Tracy’s sister, Maggie, had gone to the hospital early that morning, when her water had broken. The latest update from Maggie’s anxious husband, Jake, at 5:00 p.m., had been that all was progressing well, if a bit slowly.

Now, at seven-thirty, ten-year-old Emily’s excitement was stretched thin by the lack of action.

“Very funny, Auntie Tracy.” The soon-to-be older sister rolled her eyes. “Do you think Mummy’s having a girl or a boy?”

“Hmm.” Tracy pretended to consider the question seriously. “I have a feeling the sproglet is a boy.”

Her niece leaned forward eagerly. “Why?”

Tracy lowered her voice conspiratorially. “Your mum put sugar in her cup of tea yesterday. They say you need extra sweetness if you’re having a boy.”

Emily’s eyes widened. “She also ate a whole bar of Cadbury’s chocolate from her stash.”

“Aha.” Tracy snapped her fingers. “That settles it.”

“A baby brother would be okay,” Emily mused. “He wouldn’t want any of my things. Plus he’ll like sports. I could teach him to skate and play hockey.”

Tracy clipped the invoices together, then slipped them into a folder marked November Bills. She’d allocate them to the appropriate accounts tomorrow. “That would be nice.”

“Maybe he’ll even get to play on the Ice Cats like Daddy Jake.”

Jake “Bad Boy” Badoletti was a star defenseman for the local professional hockey team, the New Jersey Ice Cats. He and Maggie had gotten together after his transfer from Chicago a few years ago, when Maggie had helped him find a place to live. Though she’d been wary of falling for another pro athlete after escaping an abusive marriage to Emily’s father—an English Premier League soccer player—Jake had eventually won the hearts of both mother and daughter. As well as being an avid fan of her stepfather’s team, Emily had also become a good mites’ hockey player.

The child pouted. “It’s not fair that girls can’t play for the Ice Cats.”

“You never know. Maybe you’ll be the second woman to play in the NHL.”

“But Manon Rhéaume was a goaltender.” Em wrinkled her nose. “I want to be a forward and score lots of goals.”

Naturally. Her niece was all about action.

The phone rang, startling them both.

Tracy’s heart leaped into her throat as she saw Jake’s number. She snatched up the receiver. “Is everything okay?”

“Yeah.” He sounded a little befuddled. “We have a boy. Eight pounds, six ounces. Mom and son both doing well. Dad’s not sure he ever wants to go through that again.”

“Isn’t that supposed to be Maggie’s line?” Tracy said drily.

“She had an epidural. I did the whole thing without anesthetic.”

She laughed. “A tough guy like you can’t handle childbirth. I’m shocked.”

“I can’t believe, having survived it once with Emily, she’d be willing to do it again.” He paused and Tracy could almost feel his shudder down the phone. “Maggie’s one tough cookie.”

Despite what she’d been through, Maggie had not only managed to make a fresh start in the US, but she’d also embraced marriage again.

Something Tracy couldn’t do after her own disastrous experience. That mess wasn’t something she wanted to think about. Not when there was a new life to celebrate. “So, are you up for visitors?”

“Sure. Whenever you can get here. I’ll call my parents next and get them to pass the news to everyone else.”

After she’d hung up, Tracy turned to Emily. “A boy,” she said smugly.

“You rock, Auntie Tracy.” Emily reached across the back-to-back desks to fist-bump her. “When can we go to see him?”

“Right now.” Tracy saved her files, then switched off her computer and stood. “Get your coat and we’ll head over.”

Em dashed out of the office. A moment later, she stuck her head back around the door. “Don’t forget the teddy bear.”

“I won’t. He’s already in the gift bag by the front door.”

The drive to the hospital passed quickly, with Emily chattering like a magpie about her new sibling. As they walked across the parking lot toward the hospital entrance, Emily squealed and darted toward a tall dark-haired man getting out of a black Mercedes SUV.

A former marketing executive and primary teacher, Anna lives in Cambridge, England, with her husband and two bossy black cats. Learn more about Anna, her heart-warming romances and her shoes at www.annasugden.com . You can also follow her on Facebook (www.facebook.com/annasugden.romanceauthor), Twitter (www.twitter.com/annasugden) Pinterest (www.pinterest.com/annasugden) and on the Romance Bandits blog (www.romancebandits.com