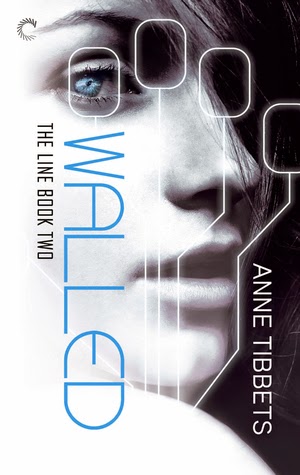 Rebel lovers Naya and Ric have survived one year in hiding, raising Naya’s twins from infants to toddlers in the shadow of the brutal Auberge dictatorship. They’re alive, and they’re together, but the city is crumbling around them and the haunting memory of Naya’s dark days on The Line have never fully left them. Living in isolation won’t be an option forever.


When a mysterious revolutionary seeks their help to infiltrate Auberge’s electronic heart and shut it down, it’s an opportunity—it’s risky, yes, but if it works they’ll get out of the city and taste freedom for the first time. Naya needs this. They need this.


Beyond the broken walls of Auberge, Naya and Ric find the paradise they’ve always longed for. But with anarchy reigning and Naya’s children lost amidst the chaos, they’ll need to forfeit their post-apocalyptic Eden…or commit an unspeakable act.


I awoke.
Naked.
Wrapped in an old blanket and lying on a cot.
I looked across the room and saw the other cot was empty and untouched. It hurt to know that Ric hadn’t come back, but I understood why.
I got up, dressed and made my way into the warehouse’s makeshift kitchen. Ric, Sonya and Cat sat at the table, each holding a cup of steaming coffee. Ric looked as if he hadn’t slept at all. His eyes were swollen and lined in red.
Sonya saw me enter and gave me a look I couldn’t place. It was somewhere between sympathy and disappointment.
Did she know? Had Ric told her what had happened?
I felt a rush of shock and embarrassment, then watched as Sonya stood from the table, patted Ric on the arm, to which he nodded solemnly, and then she walked out of the room. She said not a word to me.
She knew.
Humiliation rose in the back of my throat like bile. And just as soon as I wanted to lash out at both of them for talking about me behind my back, I felt sympathy and gladness flood my head, and a tinge of jealousy. At least he had someone to talk to. I doubted there was a soul alive who would understand what I’d gone through. Except maybe Sonya, and she appeared to be more sympathetic toward him.
Cat slurped her coffee. “If you’re such a good cook,” she said, “make breakfast.”
“Could you give us a minute alone?” I asked, indicating Ric.
“No,” she barked. “I’m hungry. If you want to have a private powwow about your sex life, go back to your room and have it there.”
Ric shot Cat a look of rage, and she rolled her eyes at him.
“You told her?” I bellowed. I hated how I sounded—whiny, like a wounded child. But I was wounded. Talking to Sonya was one thing, but we’d only just met Cat yesterday and he was already spilling the depths of my shame to her?
“No, I didn’t tell her,” Ric said.
“I have the room next door, sweetheart,” Cat mused. “I heard the whole thing. Seriously, though, I couldn’t care less. I just want food.”
I felt a rise of relief and then extreme embarrassment. But I couldn’t find words to give my emotions justice, so I clamped my mouth closed and turned on my heel toward the hot plate.
She’d heard everything? 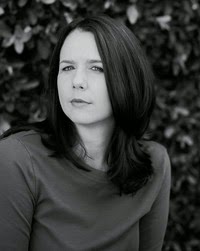 
Anne divides her time between writing, her family, and three furry creatures that she secretly believes are plotting her assassination.

Giveaway:
Tour wide giveaway (US only)
a Rafflecopter giveaway
Posted by Unknown at 9:00 AM